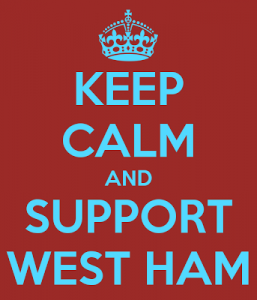 “Allardyce has lost the dressing room” the headlines screamed. A 5-0 FA Cup exit followed by 6-0 drubbing in the League Cup semi-final, a particularly supine performance, led to speculation that the players had lost confidence in their manager and were no longer playing for him. If true, what happens next is inevitable. He has to go.

Fortunately, for West Ham fans like me, the team and the manager answered their critics with a blood-and-guts, bodies-on-the-line performance this Saturday to win 2-0 away at fellow-strugglers Cardiff. Out of the relegation zone, we’re not out of trouble but the team is together and fighting hard for Premier League survival.

We love to apply our sporting analogies to business (perhaps a little too much, at times) so let’s contrast the furore around a few poor performances in football and the performance of many corporations today. How many CEOs can say they have the support of the dressing room; that their employees are fully behind them, committed to the cause and giving it their all?

The answer is not very many. Employee engagement is not just at an all-time low, it’s falling. A recent US study by Dale Carnegie said that 26% of employees were actively disengaged with their company. A further 45% were ‘not engaged’ and only 29% were engaged. The picture is very similar in the UK.

Let’s put this another way. 71% of employees don’t give a stuff about the team they turn out for. They do the minimum amount of running around and tackling and they are mostly trying to make sure they don’t get their kit dirty. Over a third of these are actually trying throw the matches – giving the ball away, scoring own goals and getting themselves sent off. That’s appalling, isn’t it?

Don’t forget, these are averages. Some companies, like John Lewis, are smashing it out of the park. That means the rest are even worse, and we can stop talking about improving employee engagement in these companies. It’s game over. Those CEOs have lost the dressing room and no amount of team-building exercises, motivational messages, pay increases or bonuses are going to turn it around.

Is this important? Well here’s a hard nosed commercial reason why it matters. Companies with engaged employees outperform the rest by 200%. It might not be as swift as relegation but the outcome for the rest is inevitable.

The only way to avoid the drop is radical change.

Change the way you organise and motivate your people and give them a different set of reasons to come to work for you. Change your priorities and your culture. Change your strategy and your tactics. Change some of your people.

That’s what happens in football clubs when they sack the manager. It might not work but then keeping things the same isn’t going to save them from relegation either.

” The news got even worse a few days ago when Gallup announced the results of its global workplace study.  Across 142 countries, they discovered only 13% of the working population does much more than show up on time and meet the minimum expectations for their jobs.

Take a look at these worldwide results:

…  So, what’s the single greatest reason the world’s workforce is disengaged?

Seems the answer to my question is a resounding “Yes!”
The next question is what the hell do we do about it?