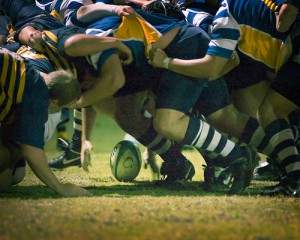 I first came across the word “Intrapreneur” when I read a book review in Marketing Week magazine many years ago. I remember thinking “I might be one of those” and “I must read that book”. It turned out I was (and I didn’t, which was probably an error on my part).

An intrapreneur is an inside entrepreneur, according to Wikipedia, which wouldn’t have helped me much at the time as no-one really knew what an entrepreneur was (at best, we thought it was some sort of Del-boy character, ducking and weaving to make money).

My definition of an intrapreneur is someone who works within a company but is primarily driven by a desire to make things happen, to innovate, to initiate change. This comes from their internal motivation and values, rather than from corporate policy, objectives or mission statement. An intrapreneur says “It would be much better if we did that” (probably to themselves initially) and then sets about finding a way to make THAT come about.

Being an intrapreneur is, fundamentally, about mindset. This can be learnt and developed but the raw material has to be there in the first place. Not everyone has the ability to be an intrapreneur, in the same way as being entrepreneur is not for everyone. But what else to you need to be effective? Let’s look at how an intraprenuer operates, the key activities.

First, the intrapreneur has to create and sell a vision. It’s your idea, after all. No-one’s telling you to do this. So, imagination and storytelling skills come to the fore, along with the communication skills to sell it to all and sundry. Oh, and the enthusiasm and conviction that come from your belief in your vision.

You can’t realise it on your own, however, so you have to enlist people to the cause. You can’t rely on authority or management imperative, you have to persuade people to do it because they want to (if only to get you off of their back!). You have to show real leadership here and use your influencing and persuading skills, along with negotiation (and possibly blackmail).

A key tactic here is to find the win-win-win. You have to empathise with the people you are enlisting and understand their needs, wants and pressures, so that you can fashion a mutually beneficial outcome. Active listening, lateral thinking and a creative approach to problem-solving are required.

Often, this means understanding the politics, both corporate and personal. Putting the proposal in the right way, or through the right person, can make all the difference. You will probably have a good and broad network across the organisation, which you’ve built up over time through your natural interest in people and general helpfulness. You’re the sort of person that ‘pays it forward’ naturally, so when you ask people to help you they are happy to say yes.

Having drawn together your band of supporters, it’s essential to keep them with you and motivated to achieve the shared goal. Intrapreneurs are good and willing listeners, actively supporting their allies and coaching them through the challenges. Keeping this often motley crew together requires a certain amount of psychology and clear leadership on how to behave and relate to one another. You have to be ‘walking the talk’ and setting the standards here, as well as stepping as peacemaker when the frictions and disputes surface.

Now we get to the dark arts of intrapreneurship. You’re a natural maverick, you see things differently to most and figure out your own way of doing things. Processes, rules and organisational structures are just obstacles to be navigated so you can follow the path you want. You find ways of bypassing the system, whilst making it look like you are following the rules. Shadow processes, game-playing, bending the facts, selective reporting are all part of the armoury. Not doing anything wrong, as such, just following the letter rather than the spirit. Best of all is if you can subvert the processes so they support your objective as an unintended consequence. Remember, the end justifies the means because if you actually followed the rules you’d never get anything done. Ask for forgiveness rather than permission.

Being an intrapreneur means bringing about change by working with the grain of the organisation. Directly challenging the status quo and being abrasive rarely works and will probably bring your time in the organisation to a rapid end. You are still going to be around after you’ve achieved your objective, so you have to live with whatever mess and upset you cause in the process. Best to keep that to a minimum by finding the path of least resistance, even if it takes more time and effort. You might not be everyone’s friend at the end of it but you want to be sure that you aren’t anyone’s enemy.

If it sounds challenging being an intrapreneur then perhaps it’s not for you. For those of us that are, it’s still challenging but it’s a challenge we take on gladly. We simply have to make something happen, we are compelled to change things for the better. We just don’t have any choice. It’s what we love to do.

Now I am working outside of an organisation, I am reinventing myself by applying these skills in new ways. That will be the subject of another blog.