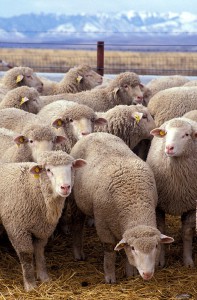 “Our people are our greatest asset” is a familiar statement that has escaped the lips of numerous CEOs and organisational leaders. It’s normally met with a sneering retort from said ‘greatest assets’ of “Oh yeah, like @*&! we are”.

Sometimes, it is an insincere platitude and deserving of such scorn. Often, however, it is said with sincerity and the speaker is baffled by the response. “What’s up with them? Didn’t we give them a good pay rise/increase their holiday/put in a pool table like they asked?” they will say, unable to understand why the ungrateful wretches have thrown this generosity back in their faces.

Of course, the organisation can appear to treat its staff well, provide above-average benefits, a good work environment and the like. It can espouse all the right values too, like “Respect, Integrity, Communication and Excellence”*. It is actions that count, however, not words. It is the behaviours of the organisation, driven by its processes, systems and practices that demonstrate the real values and assumptions.

So, to find out what an organisation really thinks about its people, we need to look at the organisational systems. Let’s look at a typical modern corporation, for example. It is very hierarchical with status strongly linked to position. Information is heavily restricted and only comes together at the board level, which is where all the decisions are taken and strategy is set. Staff have rigid job descriptions which define their role within the process, and they are targeted only to carry out their specific tasks. They are rewarded and incentivised with money. They have to get approval for any expenditures, for holidays, for reimbursement of expenses incurred on the company’s business.

What are the assumptions about employees that these organisational systems reveal?

“Our employees are lazy, stupid, unreliable and need to be told what to do. They are only interested in money and always put their own interest ahead of the organisation’s. They are incapable of making good decisions, showing initiative or working by themselves. They cannot be trusted with information, money or any other assets. They are interchangeable and replaceable and not as important as the processes they fit into. ”

If you think that’s harsh, try coming up with different assumptions that explain these typical structures, processes and practices. Which set do you think employees are most likely to arrive at – yours or mine?

When organisational structures, and the behaviours they drive, speak so loudly to the employees, it really doesn’t matter what organisational values are proclaimed.

If organisations want their employees to hear something different, something that really says that they are the most important asset, then they have to change their structure; and that means changing the culture and the underlying model that the organisation is based upon. Nothing less will do.

*These were Enron’s company values.