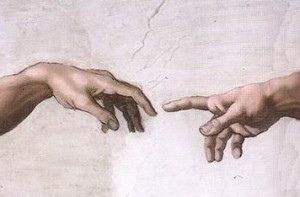 A widely-held view of a leader is someone who tells other people what to do, the one who gives the orders. It’s not a view I subscribe to but it is often an explicit part of the role for someone in a formal leadership position and the reality is those people have, and use, this power. Indeed, even the most emotionally intelligent, consensual leader may resort to “Just do it – because I say so” in times of stress.

It’s a reflex for some, it’s a comfort for most. After all, as a leader, the buck stops with you. If something doesn’t work out, it’s better to have called the shots and perished by your own hand than through the incompetence of others. It gives you a sense of control over your destiny.

That control, though, is an illusion. That’s why you should give your power up.

It’s the hardest thing for leaders who want to move towards more agile, self-managing structures but it’s actually the smartest things you can do. In a self-managing organisation, everyone has power and anyone can initiate an action, through a mechanism known as ‘the advice process’. Rather than chaos ensuing, the opposite happens and decision-making gets much better.

Firstly, decision-making becomes focused on the issues that matter, because everyone is working as an early-warning system, everyone is a creative source of ideas and innovation. Secondly, the advice process harnesses the collective intelligence of the whole organisation leading to much better choices. Finally, decisions are more effective because everyone is bought in and are committed to following them through.

Giving away your power to the people in your organisation doesn’t diminish it but multiplies it. When everyone is powerful, they are stronger and smarter than you can ever be on your own.

In any case, your destiny has always been in their hands, really.

“Hands of God and Adam” by Michelangelo Buonarroti – Web Gallery of Art[1]. Licensed under Public Domain via Wikimedia Commons