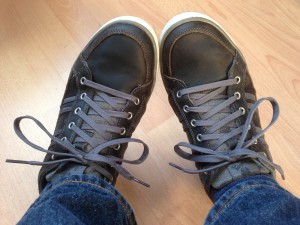 I am very excited by the idea of self-managing organisations. The evidence is that they are more successful, more profitable, more innovative, more adaptable, more resilient than conventionally-structured ones. They are happier, more creative places for people to work and people have higher levels of engagement, a greater sense of belonging and purpose and higher levels of fulfilment.

Yet when I talk to people in conventional organisations, they often react with scepticism. Some  barely suppress their mirth as they dismiss the idea with the assertion “That’ll never work!”

Others are less critical but give me that knowing smirk and say “Well, that’s fine for a small fringe organisation, like non-profit or a co-operative, but it can’t work for a serious business.”

And yet others will be intrigued, attracted by the idea of a more open workplace, but will then frown thoughtfully and say, “That’s a great idea but it couldn’t work for us because ….”.

So now I have a question. Why won’t it work when

At a time when the people who work for organisations are more capable and better resourced and supported than they have ever been in history, why won’t it work?

Could it be that this potential is being constrained by inflexible and rigid organisational structures, excessive micro-management and an ever-more stifling bureaucracy? Could it be people are being modelled into replacement cogs in a monolithic machine rather than being freed to exploit the richness of the resources at their disposal?

We are old enough to tie our own shoelaces. Not only can people manage themselves, they are better equipped to do it now than ever before.