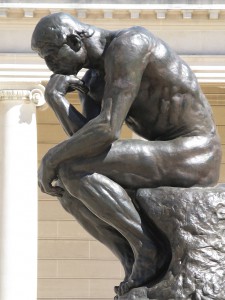 “Where did coaching come from?”

This was the question posed by Leni Wildflower at the beginning of her talk on ‘The Hidden History of Coaching’ that I attended last night. It hasn’t just appeared out of nowhere, nor has it developed from ‘a friendly chat’. It has, as she explained and has detailed in her book, a long and diverse body of thought and knowledge that consists of many threads that have interwoven to create the rich tapestry we work with today.

The seven strands she has chosen are, by her own admission, not a complete picture and more are being added even now. However, they demonstrate that when we practice and think about coaching today we are, indeed, standing on the shoulders of giants.

There are connections between all these strands with some figures appearing in several of them and common ideas appearing in different guises. The new discoveries often happen at the intersection of existing concepts and through collaboration between people. Indeed, it is often through schools of thought where several people work together, sharing ideas and discourse, that the creative bursts occur that lead to significant leaps forward.

What is clear is that there is a massive body of thought that informs what we do in coaching. The gives intellectual heft to our work and also a wide range of resources to draw upon. It also gives me confidence to work more freely, to experiment with different methodologies but to trust my own instincts and intuition. There are lots of different ways of approaching this area and no single one is ‘right’. Indeed, it may be necessary to try a few and to be creative in mixing them to find the best way to help an individual coachee.

It was a fascinating talk, which I summarise below. For all the history and wealth of thought, I have the feeling that we are just on the edge of our understanding of the human mind.

The exploration of the self and the subconscious started with Psychodynamics and the ideas of Sigmund Freud, Carl Yung and Eric Berne. Many of their concepts have been so completely absorbed into our language and culture that we hardly notice them and they have underpinned the work of many that followed.

The next school of thought were the Behaviourists, with their ideas that behavioural change was interrelated with attitudinal change. Aaron Beck is included in their ranks and is widely recognised as the father of CBT. It was interesting to note that CBT was a response to reduced payments from US insurance companies in the 60s for psychological care. This need to produce results for less money is precisely the motive that led to widespread adoption of CBT by the NHS nearly fifty years later.

Next came Humanistic and Transpersonal Psychology, which married spiritual concepts and humanistic ideas. Humanistic (people-centered) psychology was pioneered by Carl Rogers, who also collaborated with Abraham Maslow, famous for his ideas of our hierarchy of needs and of Peak Experience. Key ideas are that humans make choices and therefore have responsibility and that humans seek meaning, value and creativity. Victor Frankl posited that meaning is what leads to psychological health in his famous book about his time in Nazi concentration camps, “Man’s search for Meaning”.

Self-help movements also have a role to play, and really began back in the 1930s with Dale Carnegie and Napoleon Hill, self-made men whose books sold millions and influenced a generation. More remarkable is Alcoholics Anonymous, a leaderless organisation that still thrives today. It’s 12 steps included the key principles of owning your mistakes, apologising and putting things right. These echo through much self-help advice and coaching still.

In the 60s and 70s in California, the Human Potential movement was grabbing all the headlines. Based around the Esalen Institute, it brought together an astonishing collection of thinkers in this space and pioneered a number of (sometime controversial) ideas and techniques. It spawned EST, led by Werner Erhard, and the Landmark Institute, which still operates today. In some ways this was the birth of coaching, and both Sir John Whitmore and Tim Gallway attended Esalen and were influenced in their pioneering work by their experiences there.

Around the same time was a growing interest in spirituality and higher levels of being, and an exploration of Eastern religion. The novelist Aldous Huxley was a leading figure, as was the poet Alan Ginsberg. Experiments in mind expansion through the use of LSD and other drugs was the most headline-grabbing aspects of this strand but interest in this area has continued to grow to this day.

The final strand chosen is the Somatics, who looked at the mind/body connection. Wilhelm Reich was the pioneer, stating that people develop ‘muscular armour’ to protect themselves psychologically. Alexander Lowan popularised these ideas, as did Tim Gallwey with his ‘Inner Game’ books about sports. Recent studies using neuroscience show a strong connection between movement and learning and this continues to be a rich vein of study.

The conversation that followed identified other strands that could also be included, such as the existential thinkers (Kierkegaard, Dosteyovesky, Nietsche, Sartre) and the newer school of Neuroscience. I would add the Positive Psychology movement to that.

I don’t claim my account is entirely accurate or in the correct order – I suggest you read the book for that! I offer it to illustrate the depth and breadth of the subjects and to give you an idea of how the figures and the ideas relate to each other. To give you a rough sketch of the rich tapestry I referred to earlier, if you will. I recognised a lot of the names and the ideas and it really help me to tie them together (with some additional help from Google!).

Image by Yair Haklai (Own work) [CC BY-SA 3.0 or GFDL, via Wikimedia Commons